Ego to Eco: Part One

Father Julian Tenison Woods was a Catholic priest who had made a great contribution to Australian Geology, Botany, Palaeontology and Zoology.

Today the ecology of the Earth is suffering. Pope Francis states that we are in a time where peoples of the world need to have an ‘ecological conversion.’

Although Father Julian had lived in a different time to us, he had recognised the importance of looking after the Earth.

In recognition of the great ecological wisdom of Father Julian, Sr Mary Cresp has created a webinar titled ‘Ego to Eco’ which consists of four parts. In watching the webinar, we can look to Father Julian as a model for ‘ecological conversion.’

You’re invited to watch the first part of the webinar below:

Tasmanian Forests: Their Botany and Economic Value [i] was the title that Father Julian Tenison Woods gave the paper he read at the meeting of the Royal Society of NSW on 5 June 1878.

In the paper Father Julian presented his observations of the forests he found in Tasmania from 1874-1876. He described various types of trees in detail and made comparisons with similar trees in other parts of Australia. He described meticulously the process of harvesting and sawmilling of timber, as well as the uses for which it is gathered. At times it is easy to imagine oneself standing among the stately trees and using all one’s senses to paint a picture of the surroundings.

I am sure this would have been a most interesting subject for Father Julian’s audience in 1878. Among other things, he explains how the locals tell the age of trees and, rather surprisingly, he portrays the life of young girls involved in the timber industry. Every now and then there are elements of humour, such as his descriptions of the inconvenience of ticks and mosquitoes.

Parts of this paper are often quoted by those who see a connection between Father Julian’s concern for the future of Tasmanian forests and the current state of our environment. This paper certainly brings Father Julian’s work and ideas into the 21st century!

Today we live in a visual and digital world. Father Julian Tenison Woods lived in a world of words. His background was journalism and he was a skilled wordsmith. However, no matter the medium, his message is as relevant today as it was in his time. As a Man of Words he has left much for us to ponder about the environment around us.

[i] See: http://nla.gov.au/nla.news-article8964746 | This article is also available online in booklet form from the National Library of Australia: https://catalogue.nla.gov.au/Record/1302660

We hope that you enjoy this YouTube Video produced by Sister Colleen Power in celebration of the birth anniversary of our Founder, Father Julian Tenison Woods.

In 1867 Bishop Laurence Sheil appointed Father Julian Tenison Woods as his Secretary and asked him to leave Penola and move to Adelaide. Once he was there, together, they devised a comprehensive plan for Catholic Education and communicated this at a public meeting held at St Francis Xavier’s Hall on Friday, 26 April 1867. [i]

Catholic Education was henceforth to be managed by the appointment of:

Father Julian was excited about this plan for Catholic Education. His appointment as Director General was an acknowledgment of his success—or was it enthusiasm when he witnessed how Mary had set up his school at Penola, because at the time of his appointment, in fact, Mary was the only one wearing a black dress. The Institute was still little more than a pipe dream. As Mary wrote to the Sisters 25 years later:

Little did either of us then dream what was to spring from so small of a beginning. Mary MacKillop – 25 March 1891

Although the implementation of this plan gave Father Julian much power, it also brought him much grief.  There is no doubt that it was ambitious, forward-looking and a source of inspiration for many Directors further along in the history of Catholic Education in Australia.

To read more about the implementation of this 1867 plan click here.

Footnotes:
[i] For a newspaper report of this meeting go to: https://trove.nla.gov.au/newspaper/article/39179140

Paper presented as part of a symposium on the life of Julian Tenison-Woods, priest and scientist, during celebrations of the centenary in Brisbane, of his death in 1889. 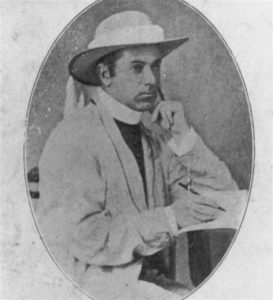 Naturalists were early attracted to Australia’s unique plant and animal life, the majority of it long extinct in other parts of the world but preserved because of Australia’s isolation from other land masses. The Australian continent separated from South America and Antarctica some 60 million years ago. Australia contains the most primitive mammals occurring on earth, the platypus and the Echidna (ant-eater). Like reptiles, they lay eggs, but suckle their young as mammals do. They retain in their structure and mode of reproduction some of the features that are characteristic of the oldest known fossil mammals. Early naturalists collected, classified and described native marsupials such as kangaroos, koalas, possums and wombats, the hundreds of different species of native parrots and cockatoos and many of the 1100 species of eucalyptus and wattles. Geology was another colonial interest, because of the rich mineral deposits and also because of an extensive debate on the age of the continent.

The Heroic Age of Geology

During the period 1790 – 1820 the fundamental principles of geology were discovered. Geology developed into a science during the Industrial Revolution stimulated by prospecting for coal and metal ores and also as part of the Romantic Movement. This movement greatly influenced art and music and saw divinity in nature. It pictured nature as creative, spontaneous, and growing, permeated by beauty and an underlying spiritual reality.

Thus, the first European visitors to Australia included men with geological knowledge. Most of our early explorers made observations on the landform, rocks and minerals and recorded their observations. Australia was also in the unique position of being the only continent to be explored since the growth of the new science of geology.

The two famous British explorers in the 1830’s and 1840’s, Sir Thomas Mitchell and Charles Sturt, were keen, competent geological observers. Sturt made geological observations and listed rocks and minerals collected in his journal of the expedition to the centre of Australia (1844-1846) 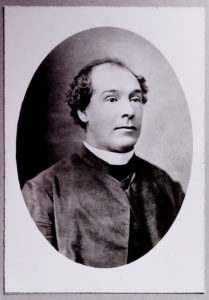 Ministers of religion were notable among the educated group of 19th century Australians and it was proper for educated people to be well read in what was called natural history. Also at that time a closer relationship was perceived between science and religion than would be understood today. Then there was a search for harmony in all that is. Science was part of the understanding of creation (a term used here not in any fundamentalist sense); the development of science was all part of missionary work. This zeal may not be unrelated to the early 19th century Romantic Movement noted above.

Rev. Adam Sedgewick, an Anglican minister, spent more than fifty years as Professor of Geology at Cambridge and during that period worked hard to establish the subject on a sound scientific basis. One of his students who was also a minister of religion, the 41-year-old Rev. W.B. Clarke (1798-1878) arrived in Sydney in 1839, having applied for a position as chaplain. Almost immediately after settling into his ministry Clarke started on geological work. Initially he studied the coal measures and associated sediments both of freshwater and marine origin in the Sydney Basin. He collected fossils wherever possible and sent them to Sedgewick at Cambridge where they were described by the young Frederick McCoy who was later to become Professor of Geology at the University of Melbourne. Clarke is known as the father of Australian geology and was an esteemed colleague of Woods, the subject of this paper…

* After completing his PhD thesis in the Earth Sciences at the University of Queensland, for the past 18 years Dr Peter Anderson has been on the Academic staff of the Madang Campus of Divine Word University in PNG. He is now Professor and Head of Department responsible for conducting programs in Information Systems, Mathematics and Computing Science. He continues to admire the life and work of Fr Julian Tenison Woods and is humbled to have had his name associated with such a distinguished scholar and priest.

Featured in the Australian eJournal of Theology 2014

You’re invited to read a paper by Anne Player rsj from the History of Women Religious Conference Papers below:

Saddle for a Pillow

Father Julian Tenison Woods made an outstanding contribution to 19th century Australian life through his pioneering work as an inspirational missionary priest and brilliant natural scientist.