The Sisters of Saint Joseph are women who work in a simple ordinary way sharing in the mission of Jesus in the service of the poor through education and works of charity. [1]

Just six years after their founding in 1866 in Penola South Australia, at the invitation of Bishop Matthew Quinn of the Bathurst Diocese, the first foundation of the Sisters of Saint Joseph in New South Wales was made at Perthville near Bathurst in July 1872. With the arrival of more Sisters from Adelaide and the admission of young women to the Congregation, an additional five schools and convents were opened. In keeping with their founding spirit, as well as teaching in the schools, the sisters visited families and the sick and gave religious instruction to children and adults.

Bishop Quinn was opposed to the Sisters’ system of governance from their Mother House in Adelaide and wanted the Sisters in his diocese to be under his control. He gave the Sisters the option of staying in Bathurst as a Diocesan Institute under his authority or leaving the diocese. By early in 1876 all but one of the professed sisters had returned to Adelaide. Sister Hyacinth Quinlan remained to train as Sisters of Saint Joseph in his Diocesan Institute the group of young Irish women the bishop had brought to the diocese to assist in staffing his Catholic schools. Later these sisters established Congregations in Wanganui NZ in 1880, Goulburn in 1882, Lochinvar in 1883 and in Tasmania in 1887.

When, at the end of 1879, the sisters in Queensland were forced to withdraw from that state they travelled, accompanied by Mary MacKillop, to New South Wales and spent Christmas in Sydney. Invitations from Archbishop Roger Bede Vaughan OSB of Sydney and Bishop Elzear Torreggiani OSFC of Armidale, saw foundations made around Sydney and in the Armidale Diocese.

One of their first undertakings in Sydney was the setting up of a House of Providence in The Rocks area. In this house, the Sisters cared for homeless women and children and were joined by Mary MacKillop when she was forced to leave Adelaide in 1883. Schools were opened in city and rural areas, music education was introduced and homes were established to care for children in need. In 1884 Alma Cottage in Mount Street North Sydney was gifted to the Sisters and Mary made this her home. The site quickly developed as the Mother House of the Congregation, and the Novitiate and Teacher Training School were established there. From here, Mary visited the Sisters, supported them in new foundations, examined the schools and assisted in the formation of the novices. It was at North Sydney in August 1909 that Mary MacKillop died and in 1914 her remains were reinterred in the Chapel built on the site in her memory. This Chapel and tomb within Mary MacKillop Place are now places of prayer and pilgrimage.

In the 1930s the Sisters assumed responsibility for St Margaret’s Hospital in Darlinghurst which had been established in 1894 by Mrs Gertrude Abbott. In NSW Sisters have also been involved in a correspondence school for the religious education of children, motor missions, teacher training, parish work, chaplaincies, pastoral care in parishes, schools, refugee centres and aged care facilities, working among aboriginal and migrant communities, spiritual guidance, and education in justice and ecology.

Footnote:
[1] Constitutions of the Sisters of Saint Joseph of the Sacred Heart.

The first five Sisters of Saint Joseph arrived in Goulburn by train from Bathurst. They were:

Upon arrival, the Sisters lived in a cottage in Lagoon Street which belonged to the Sheekey family. They lived there until 5 May 1883 when the Convert was opened.

The Catholic Freemans Journal of 19 August 1882 describes the arrival of the Sisters in Goulburn:

On Saturday evening by the five o’clock train five Sisters of Saint Joseph arrived from Bathurst. On reaching the cottage prepared for them at North Goulburn they were met by a number of Catholic ladies of that portion of the town who, during the day, were busy in putting the temporary Convent in order and preparing a dinner for the Sisters. They have met with a hearty caed mille failthe from the people of North Goulburn. who hailed with delight the advent of a religious community among them. The ground for the Convent being secured beside the new Church, tenders for the erection may be called for any day.

Bishop Matthew Quinn had seen the work of the Sisters of Saint Joseph in Adelaide and he invited Mary MacKillop to send sisters to meet the educational needs in his far-flung Diocese of Bathurst in New South Wales.

Three Sisters, Teresa McDonald, Joseph Dwyer, Hyacinth Quinlan and a young woman who hoped to join the Sisters of Saint Joseph, Ada Braham, moved into the sacristy of the small slab church at The Vale (Perthville), a village near Bathurst on 16 July 1872.

The people and children were there to meet us, took off their hats, clapped hands and cried hurrah… The people were so glad and in the evening came with eatables and other things.Sr Teresa McDonald to Mother Mary 23.7.1872

Within days, the children had been classified, classes were allocated and the Sisters began teaching in the church which was used as a school room as well as a place to pray. The sisters also visited the sick and those who were in need in the local area. 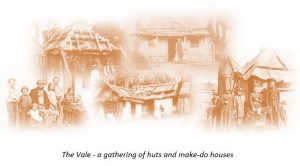 The first few months at The Vale were difficult as living conditions were cramped and cold with the slab church providing little protection against the winter wind and rain. The Sisters keenly felt their isolation.

“This is a bush place,” wrote Sister Teresa to Mother Mary, “and we can get nothing.” The sisters, bound together by their love of God and the Josephite spirit which they had absorbed from Mother Mary MacKillop and Father Woods, founded a tradition and began the Perthville Josephite story.

Soon after the Sisters moved into the convent, other young women joined the group and so the small community of the Sisters of Saint Joseph increased.

The Perthville founding women displayed a spirit of courageous generosity, fidelity and strength, lived out in hardship and in the face of uncertainty and loneliness.

Their legacy stretched down the years into future generations of Sisters of Saint Joseph and reached the furthermost parts of the Bathurst Diocese.