The Sisters of Saint Joseph began their ministry in Western Australia in 1887.

The Sisters had been invited by Bishop Matthew Gibney of Perth to assist in beginning their ministry in the sparsely populated diocese for which he was responsible. 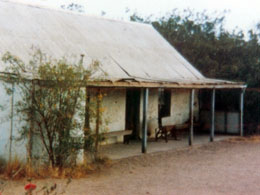 The first four Sisters began teaching at the copper mining settlement of Northampton, about 500 kilometres north of Perth in 1887. The Sisters were warmly welcomed and within a short time took on responsibility for the larger boarding school at the nearby port town of Geraldton.

Gibney wished to control the activities of the Sisters of Saint Joseph who were centrally controlled from the Mother House. As a result of this disagreement most of the Sisters made the decision to return to Adelaide in 1890, leaving just one professed Sister with two young locally born postulants. These three continued to be known as Sisters of Saint Joseph but now wore a black habit rather than the brown habit of the centralised group. As a diocesan group they were isolated from the mother house and dependant on the Bishop for all support. They continued their ministry teaching at Northampton.

In 1897 Gibney appointed the three to Boulder, on the rapidly developing goldfields, located in an arid area about 600 kilometres to the east of Perth. This was a rough goldrush town and the Sisters initially lived in hessian tents before an iron and wood convent could be built for them. The population grew rapidly and there was a great demand for a Catholic education for the children of the new arrivals.

Young women willing to take up a missionary religious life were recruited from Ireland and sent to Boulder where they entered to become Sisters of Saint Joseph. The sisters on the goldfields persevered in the toughest of conditions without any breaks away from the extreme heat and dust.

In 1906 Sisters of Saint Joseph from the mother house were invited by Bishop Torres of  the Diocese of New Norcia to come to the area of Western Australia that he now administered and take on teaching at the town of Southern Cross, a gold mining and developing agricultural centre on the rail line between Perth and Boulder. In 1908 members of this group, along with others from the mother house, established St Gertrude’s College at New Norcia, where the sisters went on to serve for seventy years.

In November 1912 the newly appointed Bishop Clune of Perth oversaw the amalgamation of the isolated Boulder sisters with the main congregation of Sisters of Saint Joseph. At this time there were 26 professed Sisters and one postulant, 21 of them being Irish, based in Boulder and at the nearby small convent of Kanowna. The Sisters ran four schools teaching a total of 600 students.

The amalgamation meant that all the Sisters of Saint Joseph were now administered centrally. It was now possible for those in Boulder to move to other convents and places and for others to come to the goldfields as part of their ministry. 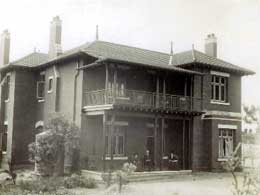 The Sisters of Saint Joseph responded to the needs of small communities who required a Catholic education for their children. Over the next few decades convents and schools were opened in the mill towns of the forests of the south west and in the agricultural areas inland from Perth. The two or three Sisters based at each convent ran small schools offering an education for students from junior to senior classes, with music lessons and business studies classes also provided. The sisters often offered boarding facilities for children from outlying areas.

From the 1920s “Bushie Schools” were held in the school holidays and gave children who were unable to attend Catholic schools, often as a result of distance, the opportunity to receive religious instruction and preparation for the sacraments. The sisters taught and cared for the children who boarded with them for the few days.

The Motor Mission ministry began in Western Australia in 1959. The Sisters travelled great distances visiting families, schools and communities scattered in rural areas. They provided religious instruction and support to those in these isolated locations. A city Motor Mission provided religious education in students in metropolitan government schools.

In 1964 the Sisters began their ministry in the Kimberley in the far north of the state when they opened the school at Wyndham followed, in 1967, by the opening of a school at Kununurra. Through the Kimberley ministry the sisters have learnt from the Aboriginal people with whom they live while assisting them to attain their educational and community goals.

In 1972 the Sisters began their ministry in the Pilbara where the iron ore mining industry was beginning. This required them to travel by light aircraft to cover the vast distances between the mining towns.

More than 400 hundred Sisters have had their ministry in Western Australia.

Many of the schools and organisations they have founded and served continue to prosper as lay staff take on responsibility for their operation. In other cases, the sisters provided a valued ministry for the time that it was required and when circumstances changed, they moved on to assist in other places.

The Sisters of Saint Joseph in Western Australia have loyally followed their founder Mary MacKillop’s call by responding to a need and doing something about it.